Security Screws with a drill point are also known as Tek screws and Self tapping.

LPFast.com has a large variety of drill-point security screws as pan head, flat head and undercut.
A Self-drilling screw is for drilling without first creating a pilot hole.
Sheet Metal or tapping screws a sharp point (non drill point) are located on this webpage: Tapping Security Screws 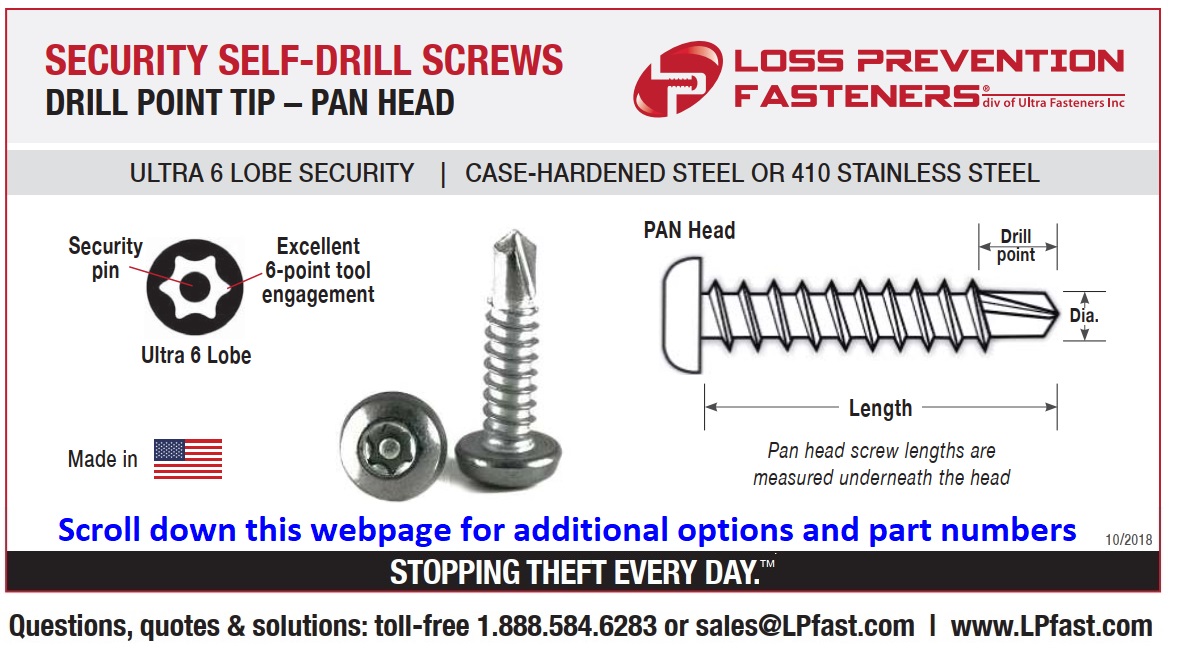 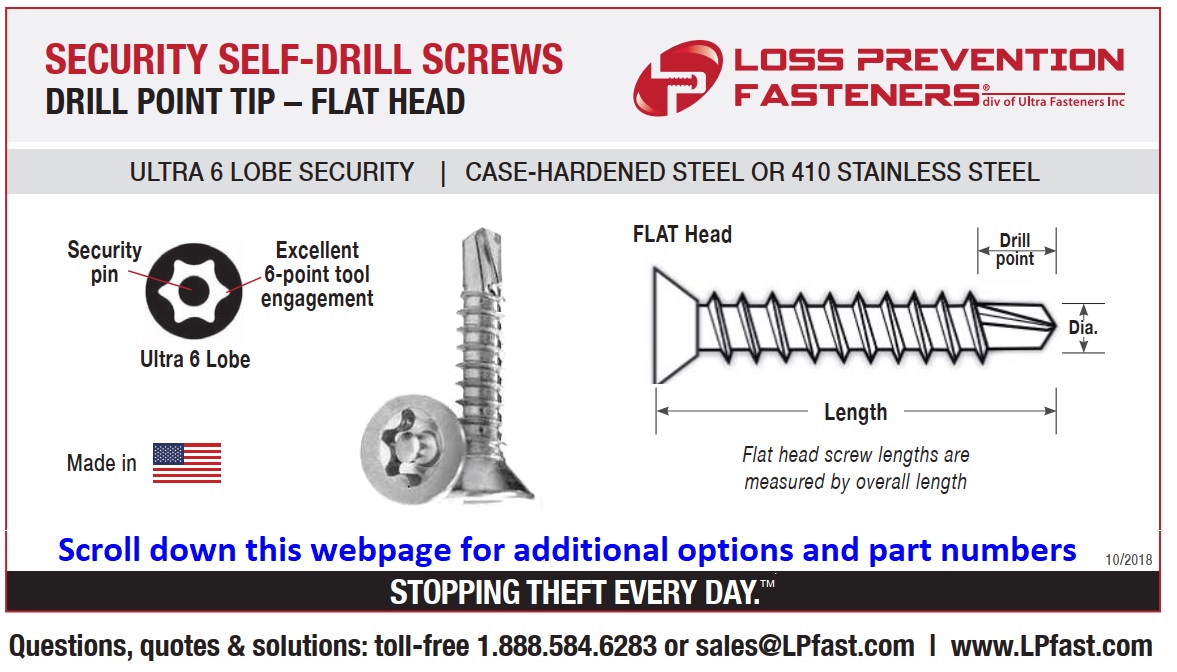 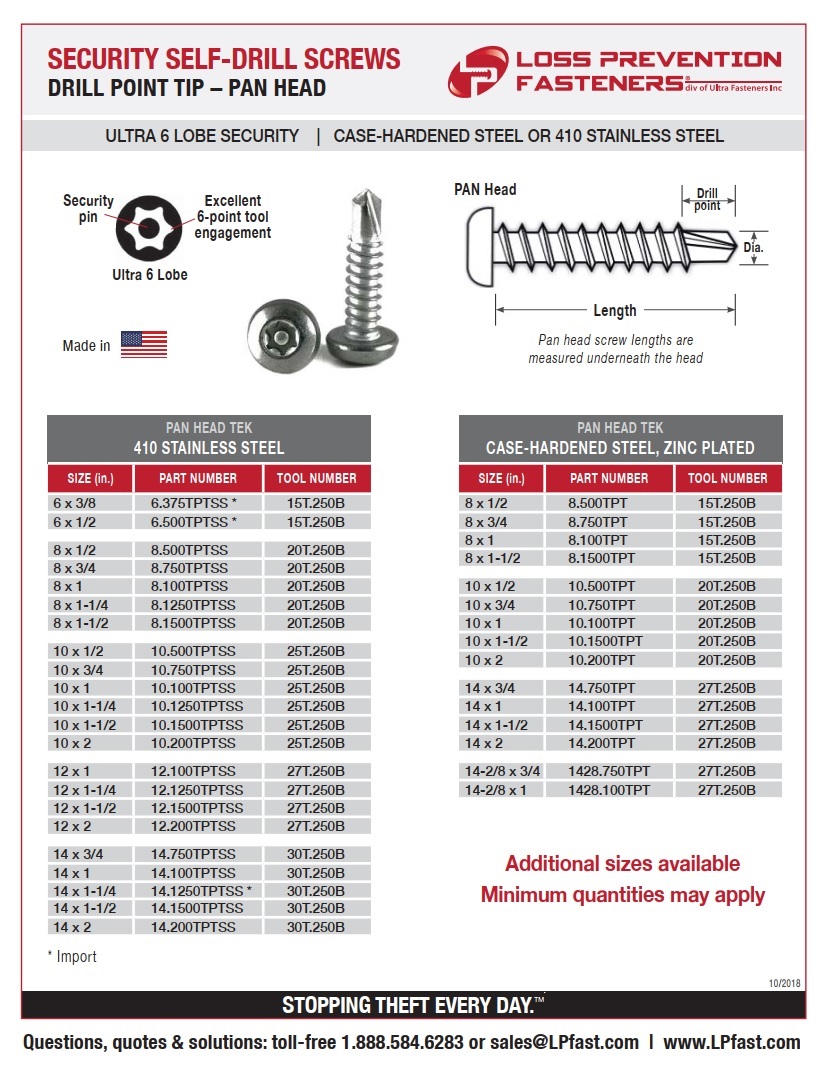 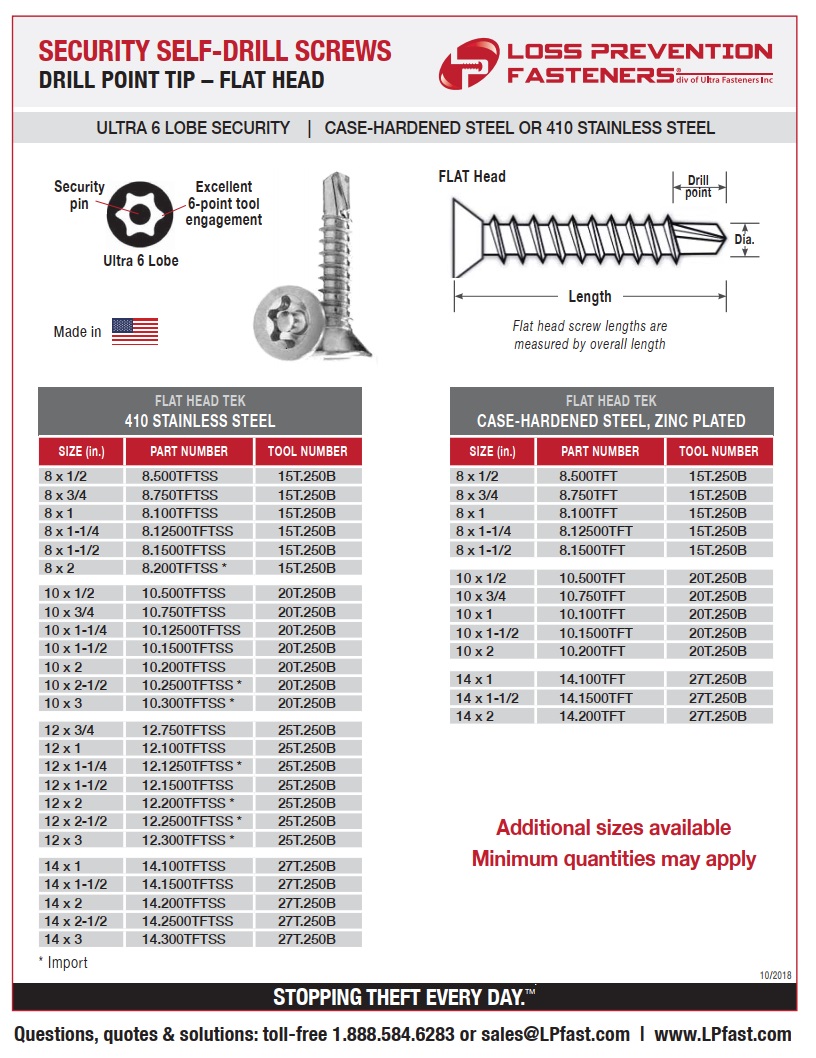 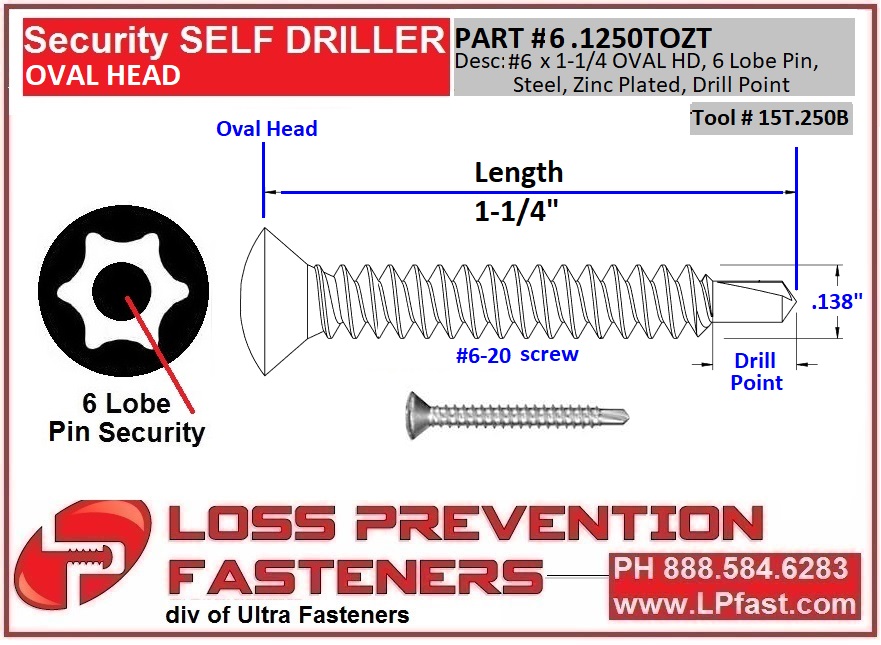 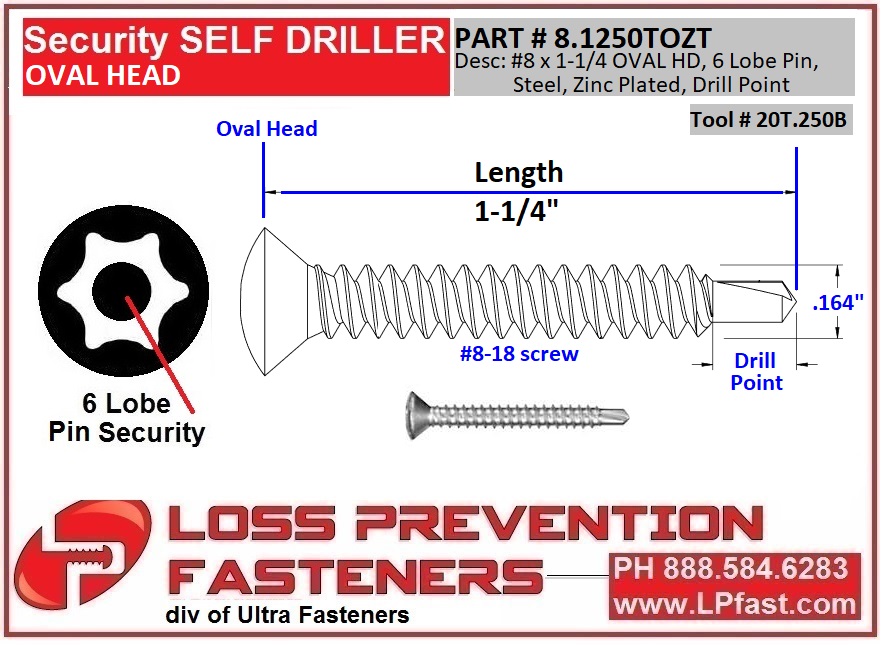 Scroll down for additional options 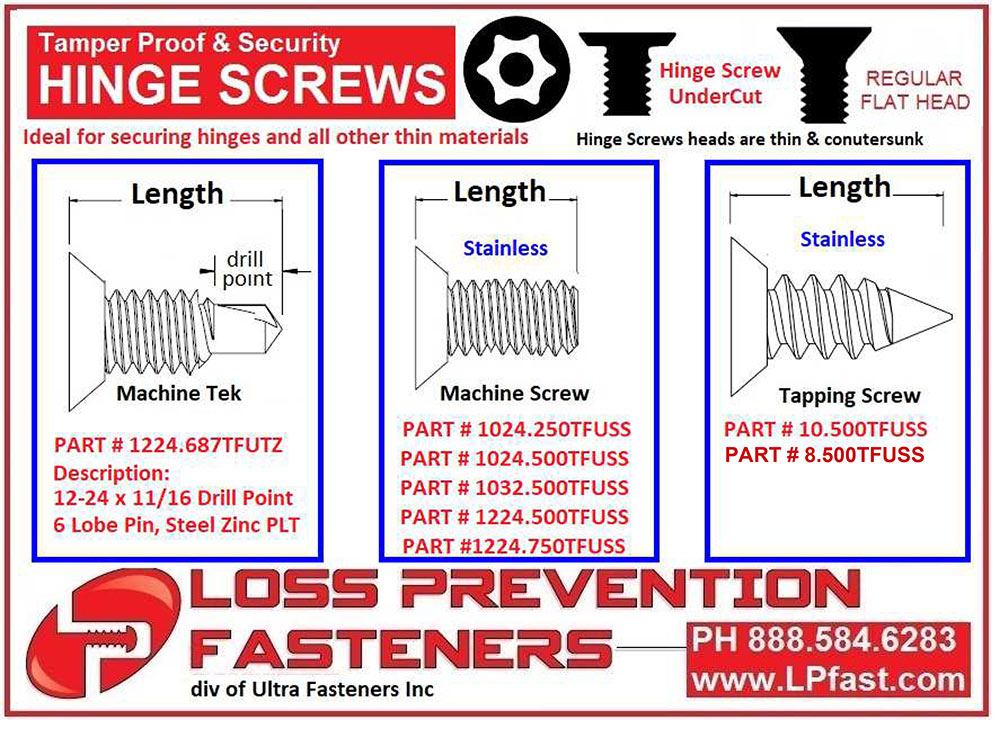 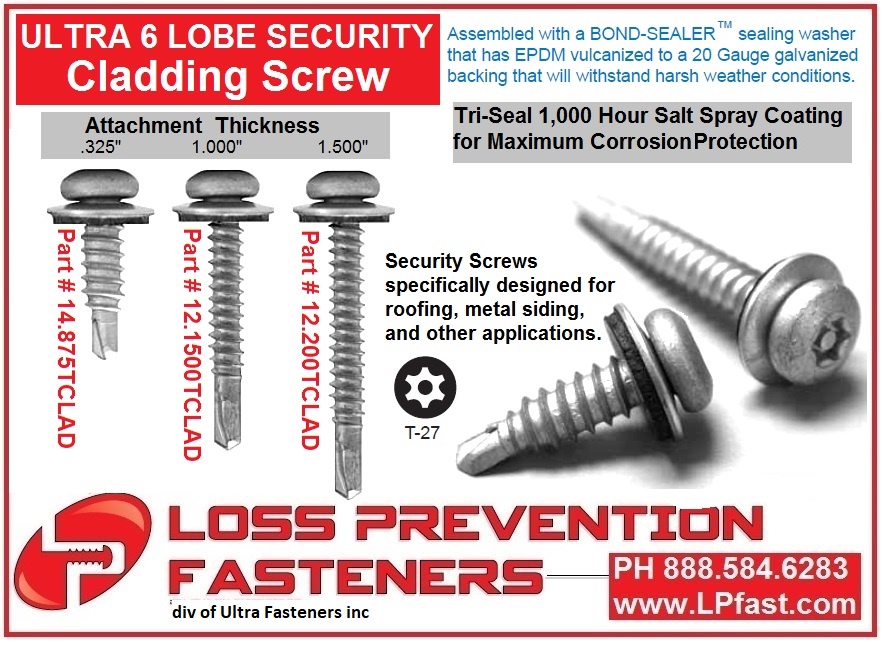 Tek screws, also known as self -drilling screws, eliminate the need for a pre-drilled hole, this speeds up production as the drilling & fastening is simultaneous.
Use security self drilling tek screws with a regular hand power drill. Tamper proof tek screws have a drill point, unlike self-tapping or sheet metal screws which have a sharp point tip.
Tamper security tek Screws with a drill point can also be called by their application name – such as cladding screws, roofing screws, hinge screw or trim screws etc.
Tamper proof self drilling screws are used in many applications including carpentry for attaching metal parts to wood.
Call us for more details or to find out if a Tek screw is the best option for your project.